I'm back home again now.  My parents spent a few days in New York and then met me at the beach for the tire dipping and at the church for the banquet.  They picked me up from the church Sunday morning and we drove back to Ontario together.

I had a blast this summer -- it was a great adventure.  I particularly enjoyed the mountains.  They were a bit of a challenge to climb, but the views from the top were breathtaking, and riding down the other side was always exhilarating.  The food was amazing and it's going to be hard to adjust back to a normal diet.  It was also interesting to see first hand some of the poverty that this tour is working to end, particularly in some of the inner cities and Native American territory we biked through and camped in, and to hear stories at the celebration services of specific ways we are making a difference.

I want to thank everyone for your support whether it was through donations, prayer, encouraging emails, or all of the above.  I couldn't have done this without your help.  Thank you!

After two months, we've finally made it to the Atlantic.  I have to say that getting to the Atlantic to dip my tire was a lot more work than the Pacific.  I figured a more triumphant pose was appropriate (and that's what everyone else was doing too, though maybe that was just to avoid getting salt water on their bikes). 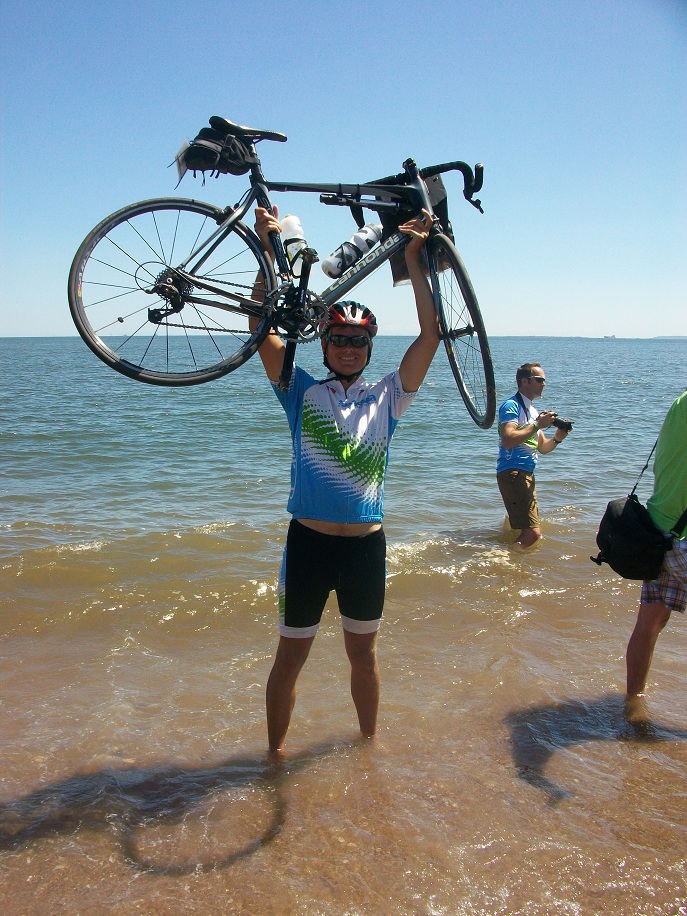 Saturday - We couldn't have asked for better weather for our last ride.  I rode with the same group I often rode with, played euchre with, ate meals with, and drank beer with.  We continued down the Hudson River and then crossed the George Washington bridge to Manhattan.  We took a bike path down to the Staten Island ferry.  Not surprisingly, the bike path was very crowded -- I think we passed more cyclists and pedestrians on that path than on the whole rest of the tour combined.

When we arrived at Staten Island, we had a police escort to Midland Beach where we dipped our tires in the Atlantic Ocean, officially completing our Sea to Sea journey. 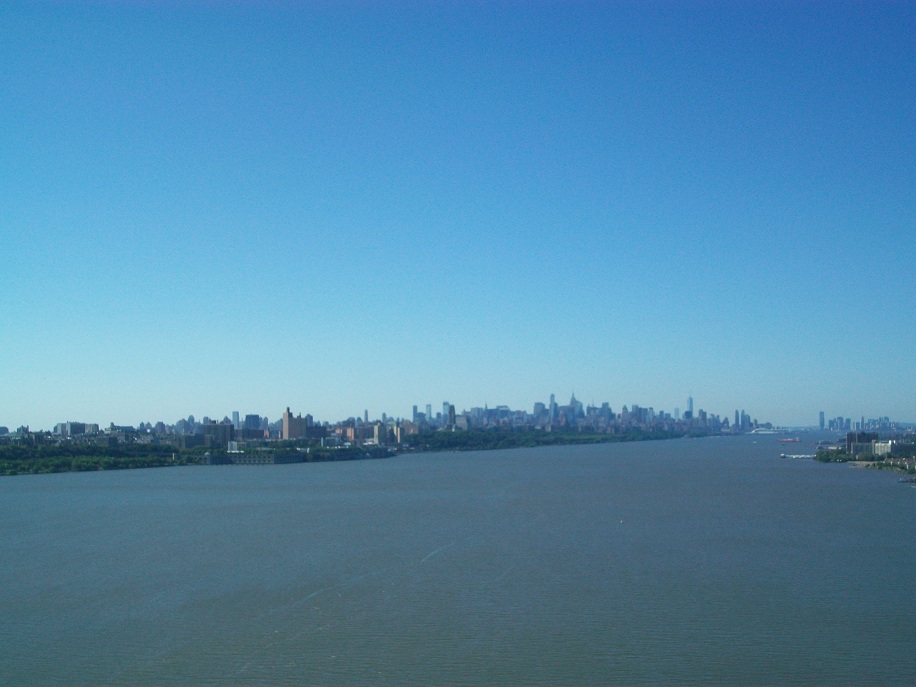 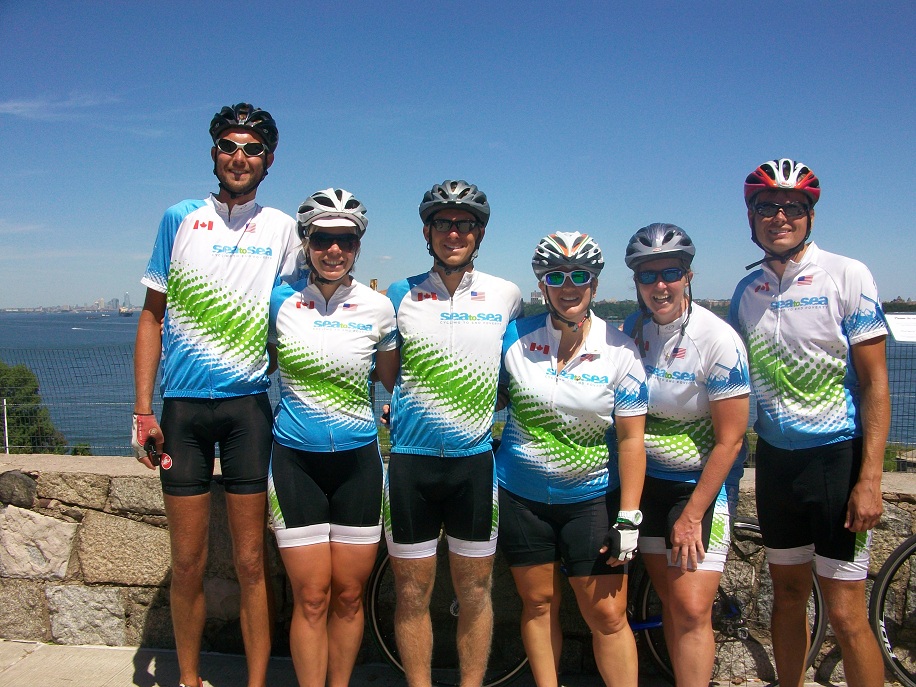 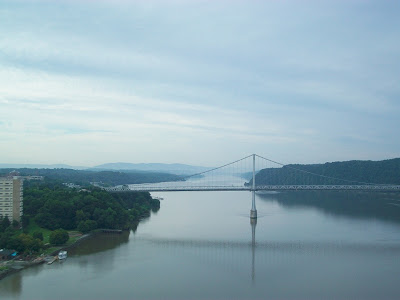 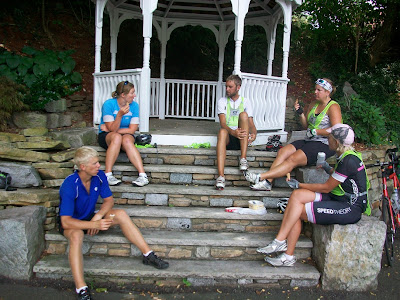 Thursday - We continued down the Hudson River for another beautiful ride in beautiful weather. We heard some thunder early in the afternoon, but the storm passed us by.  Before rolling into camp, Rachel, Marc, and I rode by the Vanderbilt Mansion, though we didn't go inside.  Just two more rides left! 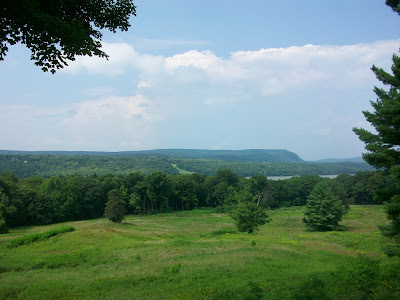 Posted by Mike Vander Ploeg at 13:08 No comments:

Wednesday - We had a beautiful ride today along the Hudson River.  We've left the mountains, so we didn't need to do nearly as much climbing, which made the ride much easier than yesterday's.  The weather was great, though it is starting to warm up -- it looks like we might finally see some real August weather. 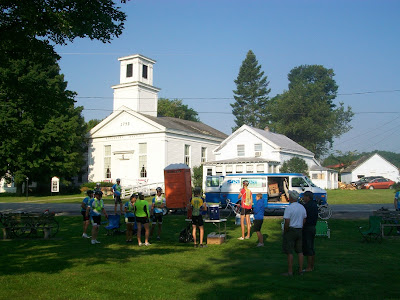 We spent most of the ride following New York Bike Route 9.  Unfortunately, the bike route hadn't been maintained very well.  Apparently, this is what they expect bikers to ride on: 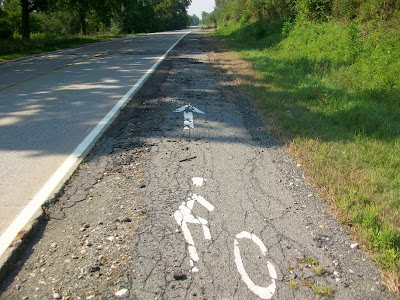 Needless to say, we stuck to the road.

Tuesday - We had a good ride today, but it was probably one of the most challenging rides of the tour.  We went through the mountains, so it was one big climb after another.  I really enjoyed the first half of the ride because I had gotten a little bored with the flatness of Michigan and Ontario and the scenery was spectacular.  The climbs were challenging but enjoyable and flying down the other side was a blast (In the words of my brother-in-law: "Wheeeeeeee").  However, after a while it was really tiring and the wind shifted against us, so we couldn't even go fast downhill.  At that point I just wanted to get into camp.  Thankfully, there's a "rehydration station" just outside our camp, so I'm feeling a lot better now. 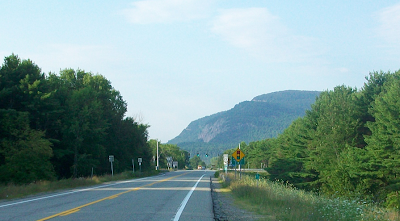 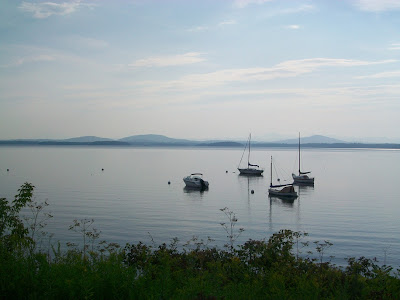