Monday - We started the week with another calm, cool, sunny day.  It was a long ride, but much flatter than last week's rides, which made it much easier.  There was a little confusion about the route, some last minute changes were made, and some cyclists missed some turns, but we all made it into camp eventually.  At the end of our ride, we crossed the great Mississippi River, leaving the rolling hills of Iowa behind and entering the (hopefully) flatter Illinois. 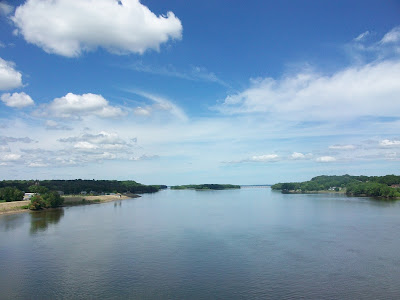 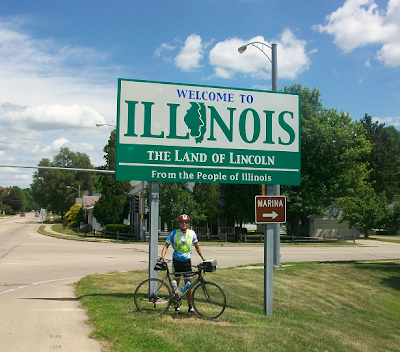 Tonight we're staying at Unity Christian School in Fulton.  They provided a great dinner for us of chicken, pork chops, and corn-on-the-cob, with pie and ice cream for dessert.  There was also a live band performing for us while we ate. It was definitely one of our better dinners. 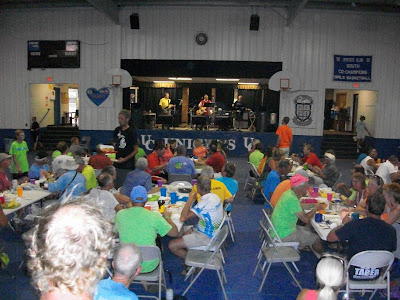